One of Scandinavia’s best-known dance theatres, Jo Strømgren Kompani will perform at the turn of August and September in six Polish towns: Poznań, Warsaw, Bydgoszcz,Piła, Gniezno and Konin. The tour will feature A Dance Tribute to the Art of Football, presented across the globe to great acclaim for many years now. The piece’s first presentations are scheduled for 22 and 23 August as part of the 10th International Dane Theatres Festival/Dancing Poznań.

In the artists’ words, “[t]he performance delves into the physical routine of the greatest game on earth and elevates the aesthetic aspects of its insanity”. A Dance Tribute…is a work of Jo Strømgren, who also choreographed Czterdzieści[Forty] to mark the jubilee of the Polish Dance Theatre Both the tour of A Dance Tribute…and the production of Czterdzieści are part of the 3-year project Signs of time – overcoming the borders. Artistic and educational activities in Poland, Norway and Island.

Jo StrømgrenKompani was founded in 1998 in Bergen, Norway. It is one of the most stable and successful contemporary dance theatres in Scandinavia. Its repertoire embraces 27 productions, all directed and choreographed by Jo Strømgren. Their performances have been presented in over 50 countries globally. JSK’s style is a specific combination of dance, puppetry, live music and film. The company’s recognition sign is a search for senseless language. JSK performs at numerous national theatres and operas, as well as small, alternative stages and festivals, where they gladly share their productions with different collaborators. The company’s low-profile office, located in a regular house with a garden in Oslo, provides administrative support to 30-50 independent artists, performers and technical staff, who most of the time are working out of office, touring or producing a performance. The company gave up their own rehearsal and performance space aiming for maximal efficiency and elasticity. They made a conscious decision not to become an institution. JSK’s performances are booked partly through recognised agencies, and partly through their constant personal contacts with different theatres and festivals around the globe. The company has received a great number of awards and artistic honours.

Jo Strømgrenwas born in 1970 in the Norwegian city of Trondheim, where he studied classical ballet and a few years as a contemporary dancer, before an injury forced him to venture on a more multidisciplinary artistic career. As an independent choreographer Strømgren is often employed by different ballet ensembles, including Wiener Staatsopernballet, The Royal Danish Ballet, Staatsoper Nürnberg Ballet, Gothenburg Ballet, Ballet de l’Opera National du Rhin, Royal Swedish Ballet. Currently, he is working with the Norwegian National Ballet. Jo has created many contemporary dance shows for such ensembles as Cedar Lake Dance Company, Danish Dance Theatre, Carte Blanche Dance Company, Cloud Gate Ensemble, Scottish Dance Theatre, Helsinki Dance Company, Repertory Dance Theatre Utah, Iceland Dance Company, Bern Ballet, Staatsheater am Gärtnerplatz München, or Staatstheater Braunschweig. As a theatre director he is a big admirer of Ibsen’s dramas and works mainly in Scandinavian countries: the Norwegian National Theatre, the Royal Danish Theatre, Reykjavik City Theatre, the National Theatre of Bergen, Malmö City Theatre. Internationally, he has worked e.g. with Philadelphia Live Arts and the Pushkin Theatre in Moscow. He has written 15 theatrical plays, which were staged by many theatres. At this point Jo is also involved in film directing. His first fiction film Destination Moscow came to life in 2003. In turn, his dance film The Neighbour won the prestigious Rose d’Or w Lausanne in 2010. Jo Strømgren’s activity on the international stage is extensive – in 2013 as many as 20 of his various productions were performed across the world.

About A Dance Tribute to the Art of Football

“Initiated in early 1997, the performance has proven to be the first of its kind. All research on possible earlier dance performances based on football has given no result. Except for a Russian choreographer who made a part-evening ballet in the 1930’s where one of the dancers portrayed a football player. This piece was unfortunately never documented. Apparently it was done with classical technique to classical music.

“Our extensive tours with such a simple and clear idea produced a surprising stimulus to the creativity of many others. In the time after our impact both on international audiences and the ever so efficient grapevine, numerous football-dance shows started to pop up around the world. Way to numerous to be a coincidence.

“And mostly with a similar choreographic touch. Sparks from those productions probably gave fire again to even more shows and events. We never knew why Andrew Lloyd Webber appeared on the first row at our London premiere with his producers and scribbling in his notebook during the whole show. We understood more when his football musical premiered in September 2000. We of course never invented neither football or dance, but we still wonder why nobody did the combination in the enormous gap between the Russian in the 1930’s and us in 1997. Contemporary dance in that period was supposed to have broken all barriers.

“With an increasing amount of football on different stages, we simply decided to close the show down. We risked being copy-cats of ourselves. We did however two co-productions with other companies to fulfill other goals than the artistic ones. SKÅNES DANSETEATER did ”En hyllning til fotbollen” with extensive touring in Sweden specially for young audiences, and TANZENSEMBLE BIELEFELD did ”A Remixed Dance Tribute to Football” to attract new audiences when Germany hosted the World Cup.

“12 years after its birth, the show has however come back to life again. Due to a never-ending flow of requests and general demand from audiences, it’s back on tour from 2009 and on.”

“The performance delves into the physical routine of the greatest game on earth and elevates the aesthetic aspects of its insanity. It comments the artificial conflict between the ‘common sports’ and the ‘eloquent arts’ as well as the pride and prejudice surrounding the concept of working-class football and upper-class ballet.”
(http://jskompani.no) 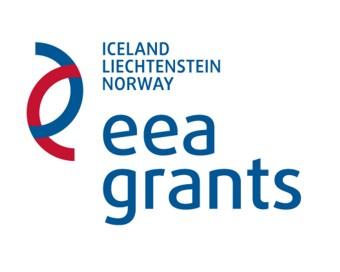 A Dance Tribute to the Art of Football is presented as part of the project “Signs of Time – To Overcome Borders. Artistic and educational activities in Poland, Norway and Iceland”, under the programme “Promotion of Diversity in Culture and Arts within European Cultural Heritage” within the EEA Financial Mechanism 2009-2014.

Supported by a grant from Iceland, Liechtenstein and Norway.