MATS EKis one of Europe’s most prominent choreographers, less known for his work as director of dramatic plays. His bravado staging of August Strindberg’s The Ghost Sonata at the Royal Dramatic Theatre in Stockholm became the sensation of the last season. The play will be staged in Warsaw’s National Theatre in June.

The meeting will include talks on Mats Ek from:

ADA D’ADAMO:European contemporary dance scholar, author of a 2002 monograph on Mats Ek; she lives and works in Rome, lecturing at a range of Italy’s universities.

MAGNUS FLORIN:chief dramaturge of the Royal Dramatic Theatre in Stockholm and Sweden’s leading prose writer; author of The Garden.

Organisers: National Theatre in Warsaw and the Institute of Music and Dance. 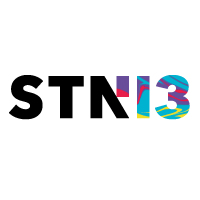 The project is co-funded by the Polish Ministry of Culture and National Heritage and the municipal authorities of Warsaw.